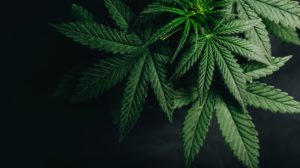 Marijuana has become far more mainstream in recent years. Although, the stuff has been used for centuries. Until recently, however, it was illegal in most places. That’s changed in a major way as regions around the world have adopted legalization.

People are now using marijuana or CBD to treat and manage a host of conditions including anxiety and chronic pain. But it begs the question, is it safe? A new study sought to shed some light on this complex issue.

There is conflicting evidence on the safety of marijuana, particularly as it pertains to stroke risk. A new study published in Neurology Clinical Practice shows that marijuana use is not associated with a higher risk for ischemic stroke.

Ischemic stroke is the most common type of stroke, typically caused by a blood clot that blocks blood to the brain.

To reach their observational results, researchers looked at urine samples of 9,300 patients admitted to the hospital over roughly two years. Of them, 18% were shown to have cannabinoids in their system. Among them, only 8% suffered a stroke compared to 16% of those who did not return a positive test.

A host of lifestyle factors were also accounted for.

Cannabis can be consumed in several ways. Some smoke it. Others eat it. Some use tinctures, oils, or vapor. Even further, some folks use cannabis with elevated THC and others prefer CBD.

THC makes you “high,” CBD does not.

This study did not seem to indicate how the cannabis was ingested or if it was THC or CBD. It stands to reason that smoking marijuana may contribute to stroke risk, while other forms of consumption, like oil, may not. The study did also not account for dosage.

Smoking has long been associated with stroke risk. Like cigarette smoke, marijuana smoke is chalked full of chemicals that may affect the respiratory and cardiovascular system. One of which includes carbon monoxide.

There is also research to show cannabis and marijuana can increase the risk of stroke, so at this point, the jury is still out.

It is hard to say if cannabis can boost your stroke risk. In some cases, perhaps if smoked, it may present more of a risk.

It may simply come down to how it is consumed, but more work is required. If you’re thinking of using cannabis to treat a health condition, pay attention to what, and how, you’re taking it. If you are already a high stroke risk candidate, consult your doctor.