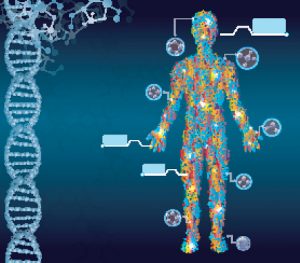 Everyone knows that smoking is bad for your health. The carcinogens found in tobacco smoke are even known to damage DNA itself, resulting in disease such as lung cancer. Now, for the first time, scientists have created a method for effectively mapping DNA damage, allowing for better understanding of how smoking-induced cancers originate and why some people are more vulnerable or resistant than others.

The problem with smoking

Smoking is a worldwide problem, as nearly a billion people across the globe currently smoke—40 million of which reside in the United States. Having evidence that specifically outlines how smoking harms us at the cellular level can give us more insight into how smoke affects the human body, hopefully inducing some smokers to quit.

“It would be good if this helps raise awareness of how harmful smoking can be. It also would be helpful to drug developers if we knew exactly how DNA damage is repaired throughout the entire genome,” said Aziz Sancar, the innovator of this new DNA mapping process.

The new DNA mapping technique was used to look at all the damage caused by a chemical carcinogen called benzo[a]pyrene (BaP). This chemical accounts for nearly 30 percent of cancer deaths in the U.S. alone.

BaP is a byproduct of burning organic compounds such as tobacco, but it can also be found from forest fires, diesel engines, and barbecue grills. But smoking cigarettes puts this carcinogen directly into our lungs. When this chemical reaches our lung tissue, the body attempts to neutralize it by breaking it down into smaller molecules. This creates a compound called benzo[α]pyrene diol epoxide (BPDE). Unfortunately, this is the molecule that reacts with our DNA, increasing the chances of disease development.

“If a BPDE adduct occurs in a tumor suppressor gene and isn’t repaired in a timely manner, it can lead to a permanent mutation that turns a cell cancerous,” said Wentao Li, a postdoctoral researcher and lead author of the study.

This newly developed method for mapping DNA damage enables scientists to identify sites damaged by BaP. It also allows for identification of the sites on the genome, where cells are trying to repair the damage.

The mapping technique should help answer questions such as, what dose of toxin will impair a person’s ability to repair DNA? Which gene variations in people allow them to be better or worse at repairing than others? And are there weak spots in DNA that are less likely to be repaired successfully?

“I’m certain, that all this information will lead to a better understanding of why certain people are predisposed to cancer, and which smoking-related mutations lead to lung cancer specifically.” ,” said Sancar.

E-cigarettes linked to hearing loss and other side effects