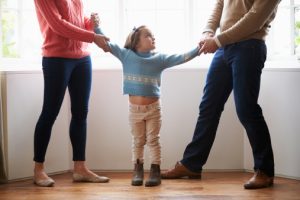 A new study has found that girl’s health is greatly affected compared to boys when it comes to a divorce or separation in a family. The findings from the University of Illinois show that long-term effects on girl’s health after divorce revolve around later-life depression, smoking, and overall negative health consequences.

The researchers looked at data from the National Longitudinal Study of Adolescent Health (ADD Health) which consisted of data of 90,000 adolescents in four waves over 13 years. The sample data the researchers choose came from 7,607 between the ages of 15 and 18 in 1996 and samples from three other waves from 2009. Aside from data of the children, mothers were also questioned about their divorce and their recent relationships.

From their data collection researchers found that girl’s are more sensitive to changes in the family unit and were more likely to develop depression and report worsened health compared to boys.
Author Andrea Beller said, “If the biological father was never present, smoking, physical, and mental health are all worse. And if they leave when girls are in very early childhood (0 to 5 years old), we find a significant association with worse physical health, regardless of the presence of other males.”

The age group which was particularly vulnerable for a split family was six to 10 years and that having years without a father figure can have long-term health effects like smoking and depression which carried on through adulthood.

The researchers found without the presence of a biological father not only does it increase the risk of smoking but it may be harder for those to quit smoking who grew up in that scenario.

The findings were published in Review of Economics of the Household.