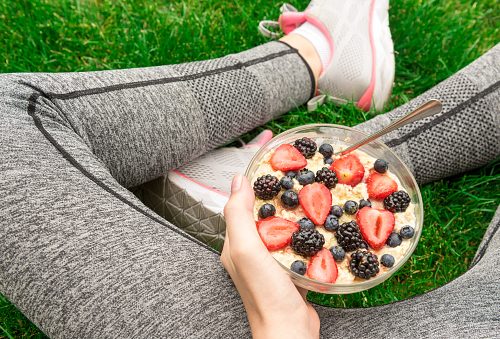 We don’t know the precise cause of late-onset Alzheimer’s disease. What is known is that a complex series of brain changes occur over decades that leads to Alzheimer’s symptoms. This most likely is the result of a combination of factors including genetics, environment, and lifestyle. This last point was the focus of a recent study that looked to see if the foods we eat and the type of exercise we do have any impact on Alzheimer’s disease risk.

The researchers reviewed and analyzed 88 individual studies that investigated the effects that diet and exercise have on Alzheimer’s disease development.

They found that leisurely activity was more likely to reduce the risk of Alzheimer’s compared to work-related physical activity. Their thinking behind this was that those working in more labor intensive jobs are likely to have lower education and socioeconomic status. Therefore, these individuals would be less cognitively stimulated.

Individuals who work physical jobs tend to live more sedentary lives after work and during retirement.

When investigating diet, the researchers admittedly found it more difficult to track eating patterns and potential Alzheimer’s brain changes. They did, however, find clear evidence that diet does influence Alzheimer’s disease.

The information that they used, unfortunately, did not provide enough data on specific foods that prevent or cause Alzheimer’s disease. But the identification of some protective foods included fish, fruit, coffee, and wine. They also found evidence suggesting that a diet high in saturated fats may lead to an increased risk of developing Alzheimer’s disease.

It is important to note that Alzheimer’s is a very complex disease, and there is still a lot of research on the subject left to be done. Discovering that diet and exercise have some degree of influence in Alzheimer’s prevention is a step in the right direction. Knowing this can help researchers better understand this mysterious affliction.

Related: Omega 3s may be a new treatment for Alzheimer’s