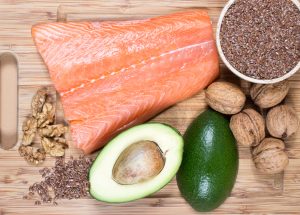 A new study suggests consuming healthy fats not only extends life but could prevent millions of deaths and heart diseases cases annually. Reducing saturated fat from one’s diet has been on the forefront of improving health as of late, but researchers suggest not only is it important to reduce unhealthy fat from your diet but also increase good fat as well.

Senior study author, Dr. Dariush Mozaffarian, said, “Our findings highlight the importance of ending America’s fear of all fat. We estimate that nearly 50,000 Americans die of heart disease each year due to low intake of vegetable oils.”

To achieve their results the research team analyzed data from 186 countries where they looked at research from previous studies which examined people over long periods of time and looked at their diets and rates of heart disease.
Based on the collected data the researchers estimated that 700,000 deaths worldwide and annually are associated with heart disease linked with consuming too little of good fats and too much of bad fats.

Canada and the U.S. still remained in the top four nations for heart disease even though consumption of saturated and trans fat is on the decline. Russia, Germany and Egypt consumed the leased amount of healthy fat and the Philippines, Malaysia and other tropical countries consumed high levels of saturated fat.

The take home message here is it’s not only good enough to reduce unhealthy fats but we must supplement by increasing our intake of healthy fat in order to prevent heart disease.