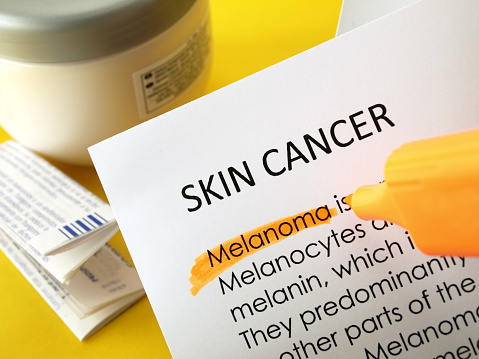 Dr. Aaron Smith of Queensland University of Technology and his team have identified how melanoma cells spread and opened the door for new treatments that have the potential to shut down the invasive gene. Melanoma is a form of cancer that occurs in the melanocytes—cells found between the basal cells of the skin. The most common form of melanoma is superficial spreading melanoma, which is found on the skin. However, melanoma can sometimes occur in areas of the body with mucus tissue, like the internal organs and mouth, as well as in the eyeball.

Dr. Smith commented on the necessity of discovering how melanoma cells grow and spread, stating “What makes cancer deadly is its tendency to invade tissue and migrate to other regions of the body, a process we call metastasis. Metastatic melanoma is one of the most aggressive and difficult to treat of all cancer types.”

Researchers examined samples of melanoma tumors, observing that some cells stayed in one region and created a new tumor at the same site, while others were more migratory and invasive, spreading the cancer throughout the body. They also found that cells were able to switch behaviors, going from proliferative to migratory and back, and set out to determine the cause of this change.
The team was able to identify the mechanism that allowed the switch to happen, and in doing so discovered a target for treatment. Preventing the cells from becoming migratory through the use of drugs can prevent the spread of cancer, allowing the proliferative cells within the tumors to be removed.

Dr. Smith and his team are hopeful that the results of this research will be applicable to other forms of cancer and that it will aid in the development of new treatments designed to inhibit the spread of cancer cells throughout the body.

Tips to winter-proof your skin